There are many tragedies that could easily have been avoided with proper signage and/or installation. The fatality of Juan Julian was just one of those situations. After exiting the facility where he was employed, Mr. Julian sought to re-enter, but the large entrance gate had closed. Knowing there was a button within reach on the inside pillar of the gate that he could push to re-open the gate, he reached through to push it. The sign warning that “Moving gate can cause serious injury or death” and that “This entrance is for vehicles only. Pedestrians must use separate entrance” was located several feet away and was not visible to someone approaching the area where the button was located. Upon pushing the button, the gate immediately began moving, trapping his arm and preventing him from being able to move away. The gate continued moving until a larger pole wedged against him, trapping him between the gate and the brick support column, resulting in his eventual suffocation and death. The installation of the button module to open and close the gate was not done properly...it should have been placed with a 6 foot buffer, preventing anyone from being able to reach it through the gate, and the spot set aside for the “Stop” button was not operable, a bolt located where the button should have been.

The family’s attorney, Paul Hornung, came to Focus Graphics looking for a way to show the mechanism of injury, as well as to communicate the pain and suffering experienced by Mr. Julian prior to his death. Because there were no external cameras to show the actual incident, we had to build out the environment from photos and measurements taken at the scene, and show how the injury occurred without knowing exactly how he reached through the gate. Having the images of how he was found, we were able to work backwards using physics to determine the starting position. Highlighting the positions of both the warning sign and the button module were key to help illustrate that the liability lay with the facility. Adding in the timer and the trauma his body was experiencing succeeded in showing what he went through prior to his death. The resulting animation was something the defense would not want in front of a jury, and they settled for $4.6 million.

“Focus Graphics took all of the information I provided to them and put it together in an incredible animation that showed everything I asked. Because we didn’t have video of the incident, Seton and his team needed to work very carefully to ensure it was realistic and didn’t invent something that didn’t happen. They were easy to work with, very responsive, and the results speak for themselves. I wouldn’t hesitate to work with Focus Graphics on future cases.” 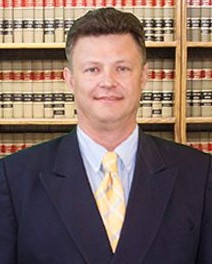 Ready to find out more?

Our team of animators, illustrators and medical professionals are ready to make your demonstratives ready for your next mediation or litigation. Click on the link to the right or give us a call (702) 849-0090.